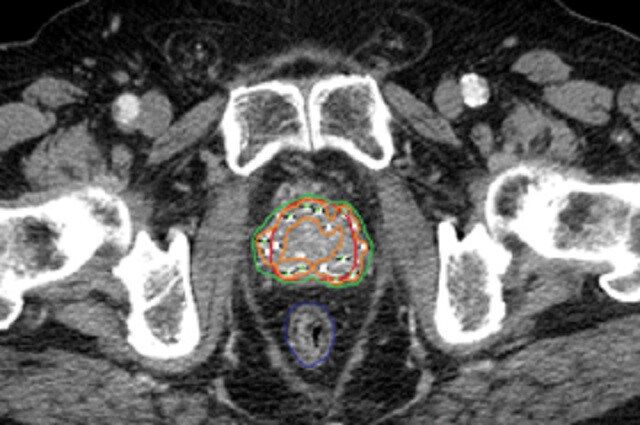 Prostate cancer (PCa) was the second largest cause of cancer death among males in 20151, much of which is attributable to patients with intermediate-and-high-risk PCa where 10-year survival is as low as 25% without treatment2. Yet despite the prevalence, burden and human impact of the disease, one of the most effective treatment options for PCa is commonly overlooked: brachytherapy. A series of misconceptions continues to thwart uptake of the treatment, preventing many patients – intermediate-and-high-risk, young and old – from being offered a viable alternative to radical prostatectomy (RP) or external beam radiation therapy (EBRT).
Yet, for more than two decades low dose-rate brachytherapy (LDR-B) has been an established treatment for PCa. The treatment is a form of internal radiotherapy that involves the insertion of tiny radioactive seeds into the prostate gland. The radiation is targeted only at the site of the tumour – killing cancer cells without causing major damage to the healthy cells that surround them. LDR-B is an efficacious equivalent to traditional treatments, with overall survival (OS) and recurrence-free survival (RFS) rates comparable with those for RP and EBRT. Moreover, it can yield important advantages in quality of life, convenience and patient experience. The procedure has a low complication rate, with most men able to return to normal activities within a few days. It also has a lower incidence of severe side-effects such as impaired sexual function and incontinence.
The application of brachytherapy – along with the technologies and techniques that underpin it – has naturally evolved. One recent innovation is 4D brachytherapy, which involves a single stage, real-time implant technique that uses simple prostate measurements under ultrasound or MRi to calculate the number of seeds required for the procedure. The process offers better targeted treatment and an improved patient experience. Another innovation has seen clinical practice progress from using LDR-B solely as a monotherapy. 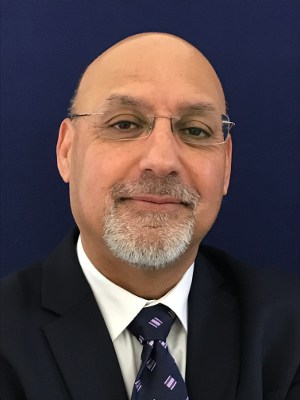 In the majority of countries – Australia being one exception – the treatment can now be used in combination with external beam radiotherapy in men with intermediate-and-high-risk PCa. Evidence shows that an LDR-B boost can improve health outcomes, highlighting real potential to transform clinical practice and extend treatment options for higher-risk patients.
However, despite the evidence and the opportunity, many HCPs remain cautious around the use of LDR-B. Why? Some of the answers are rooted in myths that need debunking.
Myth #1: There is no long-term data available for low dose-rate brachytherapy (LDR-B)
HCPs have pointed to the lack of long-term outcomes data for LDR-B as a major factor in their reluctance to use it. The perception is misplaced; the evidence is rich and growing.
A 2012 comparative effectiveness study by the Prostate Cancer Study Group – which evaluated over 50,000 patients with low, intermediate and high-risk PCa treated with all available primary options 3,4 – found that 95% of patients that have LDR-B treatment are disease-free at 15 years.
Furthermore, the ASCENDE-RT study5 – the first randomised controlled trial to compare the use of dose-escalated EBRT versus LDR-B boost in combination with EBRT in intermediate and high-risk PCa patients – showed a significant increase in biochemical RFS rates in patients treated with an LDR-B boost. The study shows that at 9 years, RFS in the LDR-B arm was 83% compared to 62% in DE-EBRT boost subjects. ASCENDE-RT also revealed that patients receiving a DE-EBRT boost are twice as likely to experience biochemical failure compared to LDR-B boost.
Finally, a recent study on PCa overall survival outcomes – conducted by the Yale School of Medicine and published in the European Association of Urology in November 20176 – reports that LDR-B boost is associated with better overall survival for men with unfavourable PCa, when compared to DE-EBRT. The findings align with results from other large randomised trials that indicate the efficacy of LDR-B boost and suggest that improvements in biochemical control may translate to better overall survival with additional follow-up.
Myth #2: Young patients should not be given LDR-B
The misconception that younger patients should not be given LDR-B is not only wrong, it has far-reaching implications; despite active surveillance being the default position for low-risk cancer, as many as 70% of younger patients treated for PCa receive radical prostatectomy. The quality of life and patient experience implications are significant. A recent study published in the New England Journal of Medicine7 revealed that RP has the greatest impact on sexual function and urinary continence compared to other treatments. Our own research reveals that younger patients are typically offered only one or two of the five current treatment options for PCa, with only 11% receiving advice on three or more available options. At 61%, surgery is the most widely recommended.
There is no reason why younger PCa patients should not be offered LDR-B, where clinically appropriate. The UK has clear NICE guidance to determine its use. Where it’s appropriate, the patient experience benefits make LDR-B an attractive option for younger patients. Studies show that the risk of incontinence after brachytherapy is far lower than in surgery and radiation8. It’s also associated with shorter recovery times and reduced overall treatment time – making it less disruptive for younger patients. Furthermore, evidence increasingly shows that there is very little – if any – survival benefit advantage between all the major treatments, including active surveillance.
Myth #3: LDR-B is only suitable for patients with low-risk prostate cancer 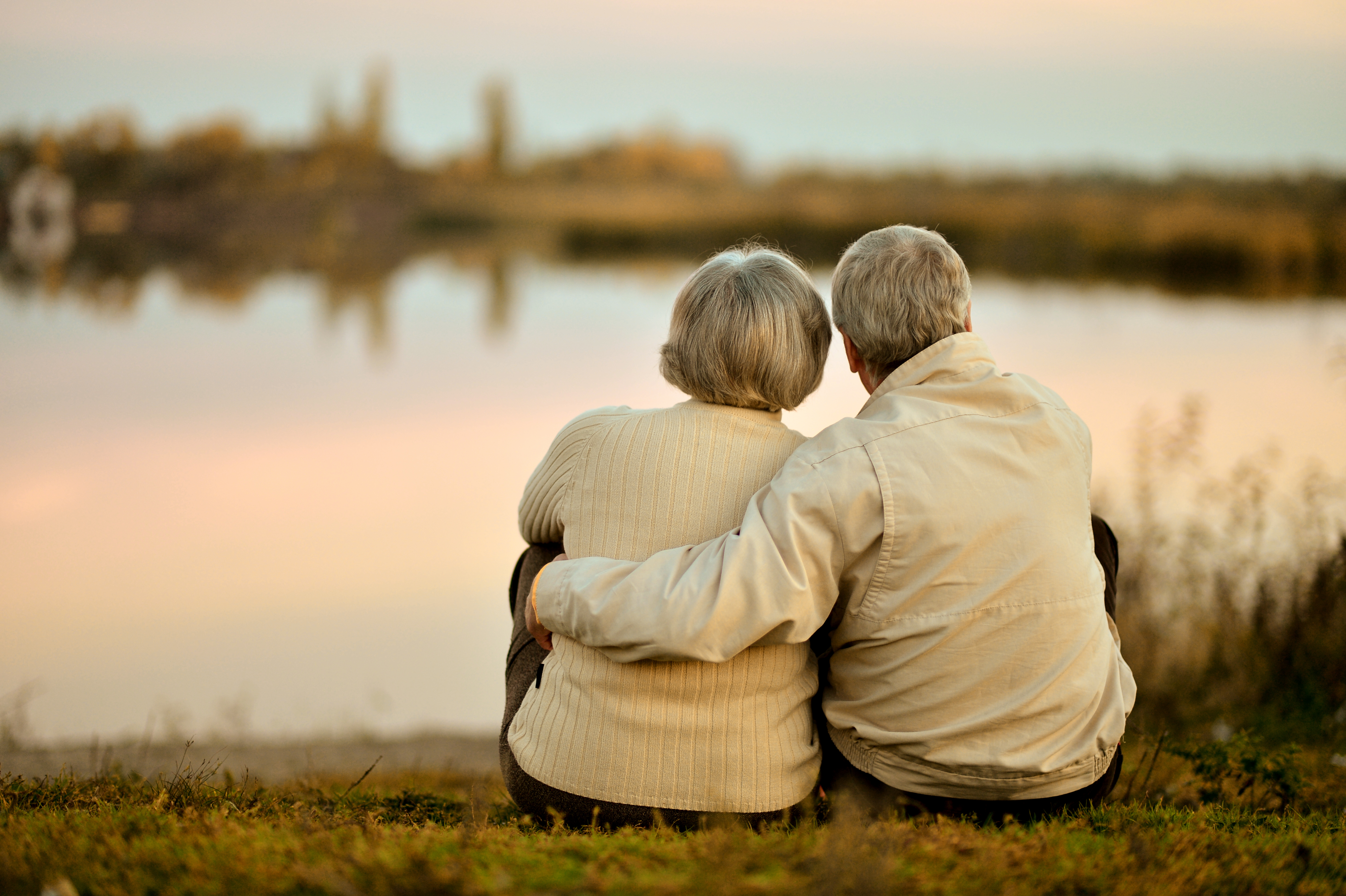 The recent findings of both the ASCENDE-RT5 and Yale School of Medicine6 studies blows this argument out of the water once and for all. The ASCENDE-RT study specifically focused on intermediate and high-risk patients and provides level-one evidence that an LDR-B boost in combination with EBRT is superior to DE-EBRT. The science not only revealed clear advantages in progression-free survival, it highlighted the potential for long-term cost-savings due to a reduction in treatments associated with biochemical failure. Crucially, the study showed that LDB-R boost works even for high-risk patients.
The Yale study builds on this evidence. It indicates that LDR-B boost yields better overall survival for men with unfavourable PCa when compared to DE-EBRT. Despite this, it also reveals that utilisation of LDR-B boost between 2004 and 2012 – the period of the study – actually declined. In combination – and indeed independent of each other – the ASCENDE-RT and Yale studies highlight that, for both intermediate and high-risk patients, this decline cannot be allowed to continue.
Myth #4: The side effects of LDR-B are less favourable compared to other treatments
Despite the positive findings of ASCENDE-RT, sceptics cite the study’s toxicity level data as a reason for their caution. Indeed, the study found that cumulative 5-year grade 3 urologic toxicity was significantly higher in the LDR-B group compared to the DE-EBRT group (19% vs 5%, p < 0.001). Similarly, the prevalence of late grade 3 or higher toxicity was higher in the LDR-B group (8%) compared to the DE-EBRT group (~2%).
However, brachytherapy specialist consultants believe the findings are misleading – arguing that increased GU toxicity is likely related to irregular dose planning and obsolete imaging technology, which have changed substantially in recent years. If monitored using today’s procedures, toxicity levels would almost certainly be much lower. Equally, morbidity levels are managed more effectively today than they were at the start of the ASCENDE-RT study 10 years ago; a new clinical protocol used by treatment centres has seen the LDR-B boost change from 115Gy to 110Gy, while the prostate and seminal vesicles are treated instead of the whole pelvis.
Crucially, despite its findings being influenced by old methodologies and technologies, the ASCENDE-RT still showed that <80% of patients in the LDR group reported no or minimal GU side effects.
Myth #5: Patients who select LDR-B are not eligible for salvage treatment
On the rare occasions that recurrence occurs – and we should not forget that 95% of patients opting for LDR-B are proven to be disease-free at 15 years – surgery is a distinct possibility. There is a widespread belief that patients who opt for LDR-B are ineligible for salvage treatment should their cancer reappear. Many believe that high levels of treatment toxicity and difficulties with performing the procedure impede follow-up treatment. None of this is true.
Fundamentally, the misconception that LDR-B patients are not eligible for salvage treatment is – like all the other myths – a key factor in the limited uptake of brachytherapy. Many centres believe that if more patients realised that they could have salvage treatment should their LDR-B fail, many more would opt for it as a first choice.
Conclusion
There is no doubt that the evidence-base supports the greater consideration and use of LDR-B as a primary treatment option. However, common misconceptions – along with other factors such as decreases in brachytherapy training and low numbers of brachytherapy centres – have meant that many patients are not offered the option of LDR-B. This cannot continue. Too many men are missing out on the opportunity for significant improvements in quality of life and patient experience – and are instead being ushered towards a surgical procedure that is proven to have the greatest impact on sexual function and urinary continence.
The biggest barrier to wider uptake is the availability of brachytherapy services; to make LDR-B more accessible we need an increase in the number of brachytherapy centres. However, we also need a change in clinical mindset. In a world where health systems strive to be patient-centred, many prostate cancer patients are being deprived of an effective treatment simply because their HCPs may not know enough about brachytherapy and allow their decisions to be swayed by myth. The solution is among us. If we’re to improve the quality of prostate cancer care in the UK, GPs, specialist nurses and consultants must unite as agents of change and challenge clinical practice with a shared understanding of the true benefits of brachytherapy. For the sake of our patients, it’s time we debunked the myths.
1 Siegel RL, Miller KD, JemalA.Cancerstatistics,2015.CACancerJClin 2015;65:5–29.
2 Lu-Yao GL, Albertsen PC, Moore DF, et al. Outcomes of localized prostate cancer following conservative management. JAMA 2009;302:1202–9.
3 Grimm PD, Billiet I, Bostwick D et al. Comparative analysis of prostate specific antigen free survival outcomes for patients with low, intermediate and high risk prostate cancer treatment by radical therapy. Results from the Prostate Cancer Results Study Group. BJU Int 2012; 109(Suppl 1): 22–29
4 Chao, MWT, Grimm P et al. Brachytherapy: state-of-the-art radiotherapy in prostate cancer. BJU Int 2015; 116, Supplement 3, 80–88
5 Morris WJ, Tyldesley S, Pai HH, et al. ASCENDE-RT*: a multicenter, randomized trial of dose-escalated external beam radiation thera- py (EBRT-B) versus low-dose-rate brachytherapy (LDR-B) for men with unfavorable-risk localized prostate cancer. J Clin Oncol 2015;33(Suppl 7):3.
6 Johnson, Skyler B. et al. Brachytherapy Boost Utilization and Survival in Unfavorable-risk Prostate Cancer European Urology, Volume 72 , Issue 5 , 738 – 744
7 Donovan JL, et al. Patient-Reported Outcomes after Monitoring, Surgery, or Radiotherapy for Prostate Cancer, N Engl J Med 2016;375:1425-37. DOI:10.1056/NEJMoa1606221
8 Buron C, Le Vu B, Cosset JM et al. Brachytherapy versus prostatectomy in localized prostate cancer: results of a French multicenter prospective medico‐economic study. Int J Radiat Oncol Biol Phys 2007; 67: 812–22
We use cookies on our website to give you the most relevant experience by remembering your preferences and repeat visits. By clicking “Accept”, you consent to the use of ALL the cookies.
Cookie SettingsAccept
Manage consent